Filmed LIVE onstage at the O2 Arena in London

Michael Ball and Alfie Boe: Back Together

Michael Ball and Alfie Boe: Back Together 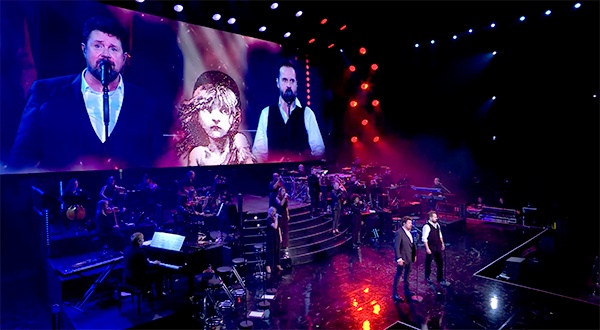 Filmed Live Onstage at the 02 Arena in London

The ultimate musical duo, Michael Ball and Alfie Boe are ‘Back Together’ and set to delight cinema audiences up and down the country with the final show of their UK tour at the O2 Arena. Hot on the heels of their star turns in the West End’s phenomenally successful staged concert of Les Misérables, Ball and Boe’s sensational voices and irresistible chemistry will undoubtedly light up the big screen.

The superstar pair will take on their favourite musical theatre, pop and rock tracks, including songs from The Lion King, The Greatest Showman and The Phantom of the Opera as well as a brilliantly arranged ‘Queen Medley’. Showcasing their phenomenal voices and undeniable on-stage chemistry, Ball and Boe’s irresistible charm will undoubtedly light up the big screen. 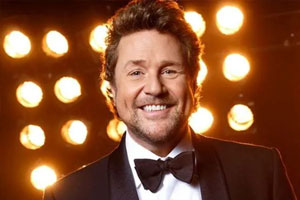 A regular face on British stage and television, performer Michael Ball was born in 1962 in Bromsgrove, Worcestershire, U.K. Moving to South West England when he was three, Ball grew up learning to sing along to records by Ella Fitzgerald and Frank Sinatra. After an unhappy stint at boarding school in his teens, where he discovered his love of Shakespeare during school holidays, Ball went on to study at the Guilford School of Acting. Graduating in 1984, his first role was in the Aberystwyth Arts Centre’s production of Godspell, but his major break came a year later when he took on the role of Frederick in the Manchester Opera House’s production of The Pirates of Penzance. Ball secured his first West End role playing Marius in Les Misérables, and two years later, in 1987, he took over the role of Raoul in Andrew Lloyd Webber’s The Phantom of the Opera at the request of Cameron Mackintosh. A performance in Aspects of Love in 1989 — on both sides of the Atlantic — saw Ball’s popularity grow, and with the release of the single “Love Changes Everything” from the show — which went on to reach number two on the U.K. singles chart — he became a household name.

As a young boy, Lancashire-born Alfie Boe (from the fishing port of Fleetwood) dreamed of a career as a singer. Having conquered the world’s most prestigious opera stages, led the cast of Les Miserables for nearly a year, and stolen the show at the Queen’s Diamond Jubilee Concert at Buckingham Palace, he has certainly succeeded. Always striving to bring good music to different audiences, after three sold-out UK Tours (including the Royal Festival Hall and the Royal Albert Hall), Boe has hundreds of thousands of fans, having achieved Platinum album sales in the UK, and four top ten album placings.