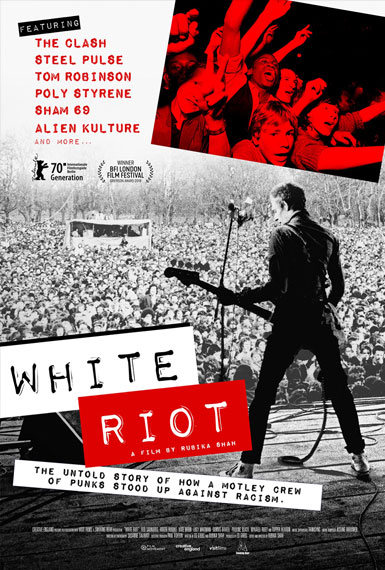 Synopsis: Britain, late-1970s. Punk is exploding. The country is deeply divided over immigration. The National Front, a far-right and fascist political party, is gaining strength as politicians like Enoch Powell push a xenophobic agenda. Outraged by a racist speech from Eric Clapton, music photographer Red Saunders writes a letter to the music press, calling for rock to be a force against racism. NME, Melody Maker, and Sounds all publish the letter. Flooded with responses, Red discovers many share his views. Teaming up with like-minded creatives Roger Huddle, Kate Webb, Syd Shelton and Australian graphic designer Ruth Gregory, the team bands together to create Rock Against Racism (RAR) and a fanzine, Temporary Hoarding. Speaking directly to the youth, Temporary Hoarding reports stories and issues that the mainstream British media ignores, like immigration, the Catholic side of the Northern Ireland conflict, and the police’s controversial “suspected persons” (sus) powers. They give a voice to the voiceless. The National Front begins to strike back, committing acts of violence against RAR supporters and petrol-bombing their HQ. Despite this, RAR spreads virally across the UK and into Europe, becoming a grassroots youth movement. The Clash, Steel Pulse, Tom Robinson and other top bands of the day jump on board. White Riot is a moment in time when music changed the world. When a generation challenged the status quo. It’s Woodstock meets the March on Washington, punk-style.

“There are a surprising number of resonant connections between the 70’s English multicultural anti-racism movement and the Black Lives Matter protest.”
– Liam Lacey, Original Cin

“White Riot thrives on cheerleading for punk, contrasting the fleapit venues where it all began with the point when a DIY anti-racist group’s campaign could capture the attention of the greater public. There’s something of Asif Kapadia in the film’s collage of different layers of archive material and its way of making history vivid. ”
– David Katz, Cineuropa

“White Riot is a welcome tribute to RAR’s first, most vibrant chapter— an extraordinary fusion of culture and politics that changed society for the better.”
– Jackson Caines, Glass Magazine

“…a compelling ride through a pivotal and often terrifying period of British history. It’s masterfully crafted with a well-chosen soundtrack and vibrant graphics….”
– David Randall, Counterfire

“An excellent brief documentary about a heroic grassroots political movement whose importance reveals itself more clearly in retrospect with every year that passes.”
– Peter Bradshaw, The Guardian

“White Riot left me with a sense of hope that I haven’t felt for a long time. The barrage of bad news that follows us at every waking hour, and the dominance of racist rhetoric, can make us feel powerless. But if there’s any one message to be taken from Shah’s film, it’s the belief that if a group of punks and reggae fans could unite to fight back against hatred in the 70s, anyone could do the same now.”
– Stephanie Phillips, British Film Institute

“…genuinely thrilling, informative and undeniably timely.” Linda Marric, NME “Rubika Shah’s White Riot is an engaging and important study of Rock Against Racism, a movement formed in 1976 in response to the rising racism of the British political and social landscapes. In febrile times such as these, it’s difficult to imagine White Riot being any more relevant.”
– Christopher Machell, CineVue

“White Riot is a timely reminder of the power of music and the dangers of leaving fascism unchallenged. ”
– Rob Aldam, Backseat Mafia 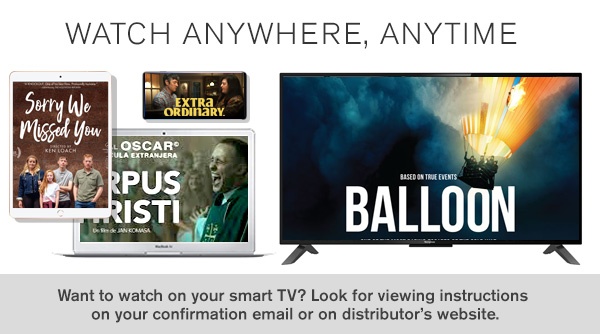