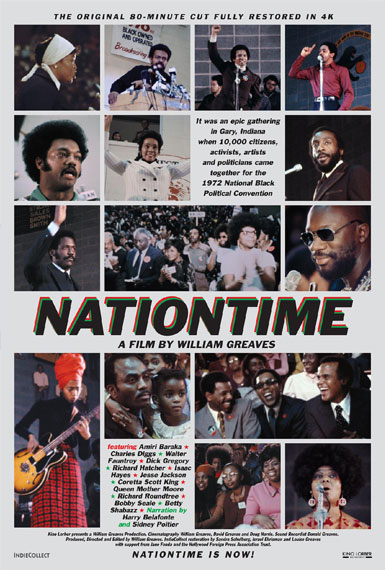 FULLY RESTORED & AVAILABLE IN ITS ORIGINALLY-INTENDED LENGTH FOR THE FIRST TIME IN DECADES!

“Resurrects a remarkable 1972 time capsule of American politicking at the root. It’s a snapshot of ground-level organizing… lifted up by sky-high oratory.”
– Michael Phillips, Chicago Tribune

“This rousing and revelatory documentary celebrates a diversity of black voices, finding support and solidarity even amid expected tensions and divisions.”
– Malin Kan, AFI Film Festival