Broadcast live from the National Theater, the West End and Chichester Festival Theater, National Theatre Live’s brilliant new season features renowned actors from the National, and celebrated leading actors such as Ian McKellen and Ralph Fiennes. Whether attending an evening or matinee performance, you can enjoy world-class entertainment from the comfort of the “best seat in the house” at the Lark! 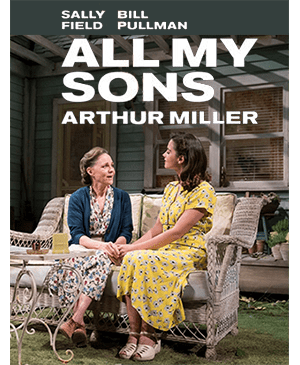 America, 1947. Despite hard choices and even harder knocks, Joe and Kate Keller are a success story. They have built a home, raised two sons and established a thriving business.

But nothing lasts forever and their contented lives, already shadowed by the loss of their eldest boy to war, are about to shatter. With the return of a figure from the past, long buried truths are forced to the surface and the price of their American dream is laid bare.

All My Sons is an Old Vic co-production with Headlong

★ ★★★★
‘It has an intellectual and emotional power that speaks as loudly today as in the immediate post-war period.’
– WhatsOnStage

★ ★★★
‘Stunning performances from Sally Field and Bill Pullman’
– The Stage

★ ★★★
‘An extraordinary evening of theatre’
– Times 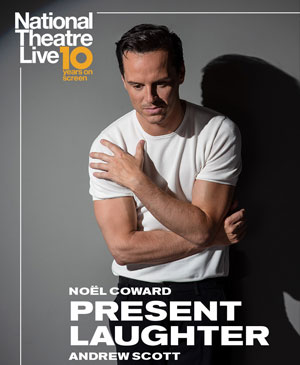 by Noël Coward
from The Old Vic

As he prepares to embark on an overseas tour, star actor Garry Essendine’s colourful life is in danger of spiralling out of control. Engulfed by an escalating identity crisis as his many and various relationships compete for his attention, Garry’s few remaining days at home are a chaotic whirlwind of love, sex, panic and soul-searching.

Captured live from The Old Vic in London, Present Laughter is a giddy and surprisingly modern reflection on fame, desire and loneliness.

★★★★★
‘A treat of a production: a timely depiction of the hollow nature of fame led by a virtuoso yet beautifully nuanced performance’
– Financial Times

★★★★
‘Slick, witty and unexpectedly tender… A huge amount of fun’
– The Stage 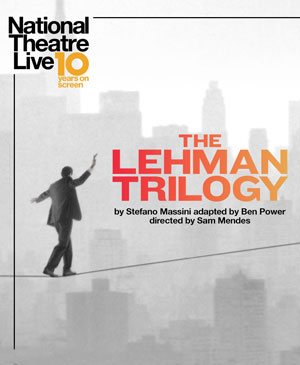 The story of a family and a company that changed the world, told in three parts on a single evening.

On a cold September morning in 1844 a young man from Bavaria stands on a New York dockside. Dreaming of a new life in the new world. He is joined by his two brothers and an American epic begins. One hundred and sixty three years later, the firm they establish – Lehman Brothers – spectacularly collapses into bankruptcy, and triggers the largest financial crisis in history. This critically acclaimed and five-time Olivier Award nominated play features stunning set design from Es Devlin (NT Live: Hamlet)and will be broadcast live from London’s West End as part of National Theatre Live’s 10thBirthday season.

“What an astonishing evening! Engrossing play and an acting masterclass”
— The Guardian

“Theatre at its best. Sam Mendes triumphs”
— The Times