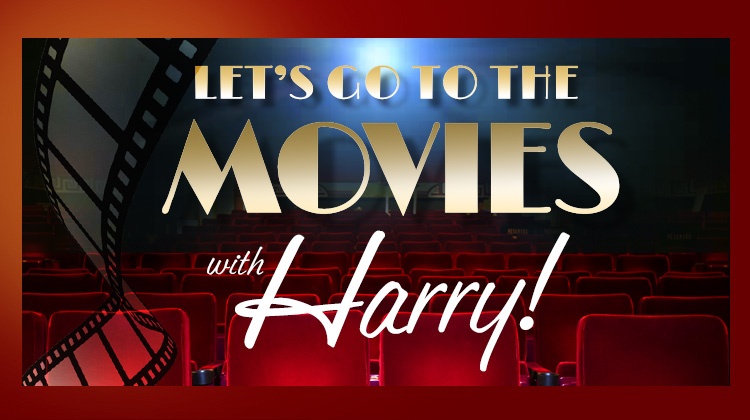 CALLING ALL FILM LOVERS!
We are happy to announce the return of film “maven” and dear friend of the Lark, Harry Chotiner, in October for six weeks of 'Let’s Go to the Movies with Harry!'

We are ready to begin another film discussion series with excellent film choices made weekly by our experienced movie “maven” and dear friend of the Lark, Harry Chotiner. His class has grown to be an enriching and fulfilling “movie club” that fills up quickly!

Once you're signed up, you'll receive an email with more details along with a Zoom invitation to the first class.

Harry selects the films as we go along, tailoring them to the group as it unfolds. Previous groups have come to implicitly trust Harry's selections — sight unseen — for an entertaining and in-depth learning experience. As one participant expressed it:

“I was mesmerized by your insightful comments. As usual, you stretch my thinking, allowing me to go well beyond my initial impressions, something I always appreciate.”

Harry Chotiner is a film history and adjunct assistant professor of film at New York University. Born and raised in LA, his life intersected early on with the world of film. After doing graduate studies in Rabbinic studies, he became involved with film, working as everything from a script reader to vice president of development at Zoetrope Studios, CBS Theatrical Films, 20th Century Fox, and Interscope Communications. He has received teaching excellence awards at the high school and university level, including NYU School of Professional Studies Teaching Excellence Award. Locally he has taught at College Preparatory School in Oakland and OLLI. Harry is married to a human rights lawyer, and is a father of three and grandfather of four. He and his wife Patty live in Marin except when teaching at NYU.

Participants will need to watch the selection of movies on their own prior to each week's group discussion. Movies are available to stream online for a nominal fee (between $2.99 – $3.99 per movie). Below are links to a few popular streaming websites for your convenience.

Note: The Lark is not affiliated with any of the streaming services and subscriptions.