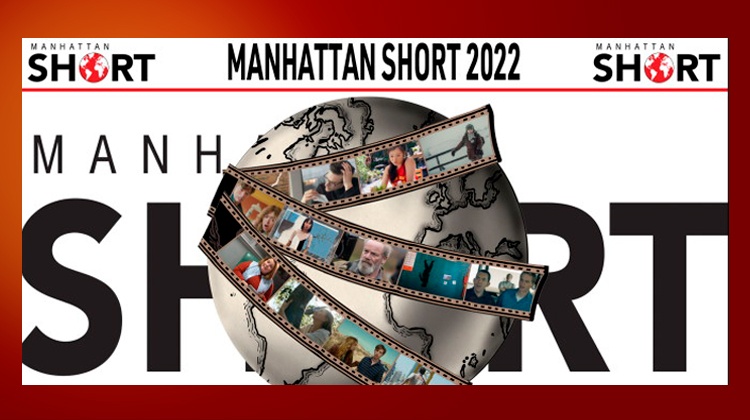 ONE WORLD, ONE WEEK, ONE FESTIVAL
The World’s First Global Film Festival
Featuring the 10 BEST Short Films of 2022 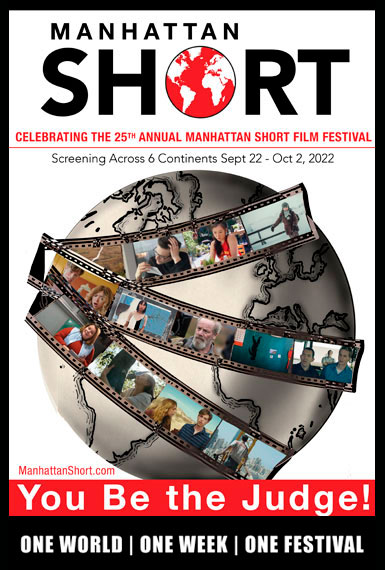 Film lovers in the Bay Area will join over 100,000 film enthusiasts around the world during the week of Sept 22 – Oct 2 when the 25th Annual MANHATTAN SHORT Film Festival screens at the Lark Theater.

The Final Ten screen simultaneously across the world during a one-week period, with the Best Film and Best Actor awards determined by ballots cast by the audiences in each participating venue. By virtue of their selection by MANHATTAN SHORT, each short film is automatically Oscar-qualified.

YOU BE THE JUDGE!
Which of these Final Ten short films is the best? That’s up to a worldwide audience to decide. Cinema-goers across the United States and around the globe will become instant film critics as they are handed a ballot upon entry that allows them to vote for the Best Film and Actor. MANHATTAN SHORT is the ultimate audience award that salutes the creative talents of both directors behind the camera and actors in front of it.

Votes will be sent through to MANHATTAN SHORT HQ with the winner announced at ManhattanShort.com on Monday Oct 3, at 10AM EST. 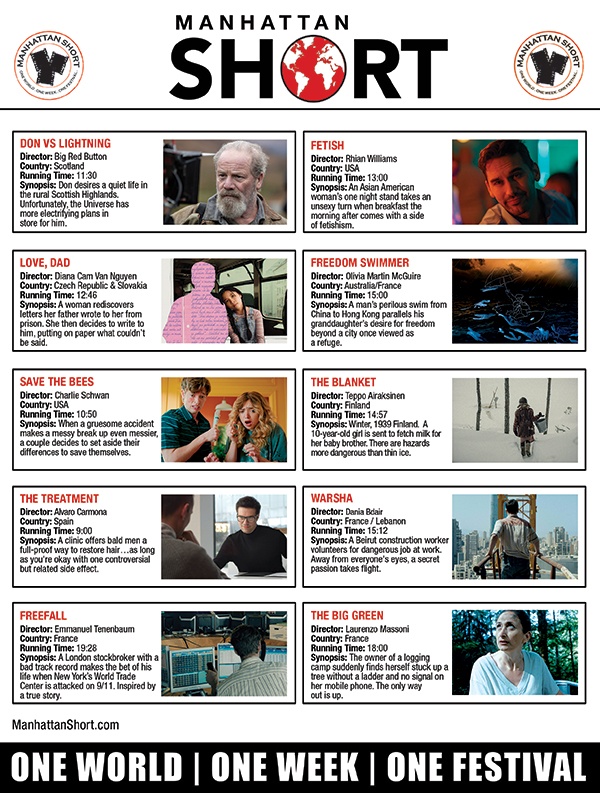 MANHATTAN SHORT is not just a touring Festival; rather, it is an instantaneous celebration that occurs simultaneously across the globe, bringing great films to great venues and allowing the audiences to select their favorites.

If the Film Festival experience truly is about getting great works in front of as many eyes as possible, MANHATTAN SHORT offers the ultimate platform — one that sees its films screened in Sydney, Mumbai, Moscow, Vienna, Cape Town to cinemas in all fifty states of the United States and beyond.