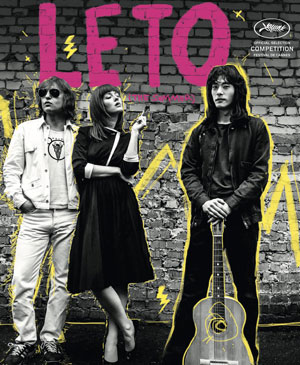 Synopsis: Leningrad, on Summer in the early Eighties. The underground rock scene is boiling. Amongst the followers of Led Zeppelin and Bowie, young Viktor Tsoi is eager to make a name for himself. The encounter with his idol Mike and his beautiful wife Natasha will change his life forever. Together they will build Viktor’s legend and make him immortal. 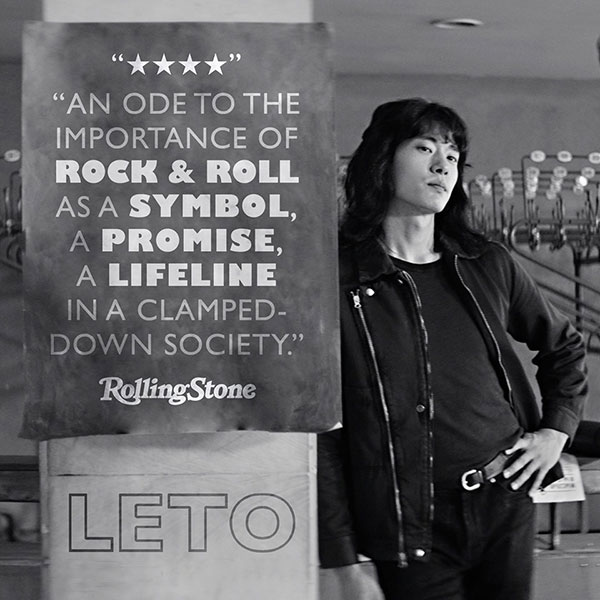 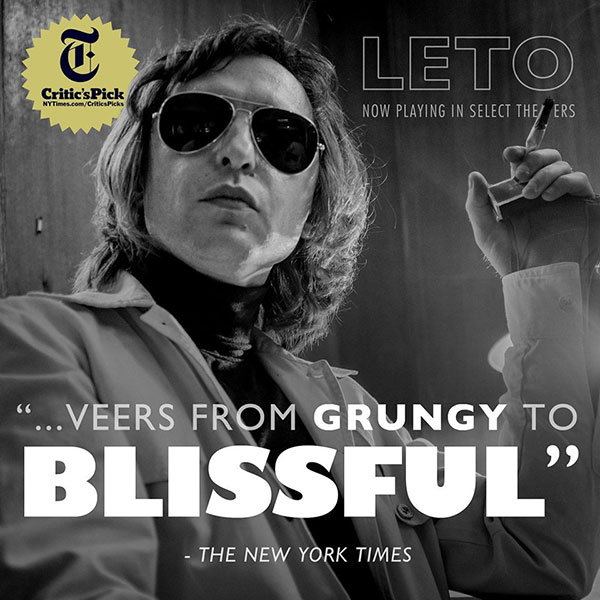 “messy, surreal and ultimately moving”
“the wildest and most bracing film to screen in the [Cannes] main competition so far this year”
– TheWrap

” [a] jovial affair”
“the karaoke moments might be precisely the bits that go down best with domestic audiences, and even more so when it comes to the songs sung here by the young versions of Viktor Tsoi (Korean star Teo Yoo, best known for Kim Ki-Duk’s One on One and Benson Lee’s Seoul Searching) and Mike Naumenko (Zver, a contemporary pop star in his own right).”
“the film unfolds in luscious black and white”
– The Hollywood Reporter

“wild, whirling… moves freely”
“happily avoids the bland structural pitfalls of the musical biopic”
‘“LETO is most affecting, however, in its most stripped, simple interludes — chief among Viktor’s own poised but propulsive performances, delivered by Yoo with enough on-edge magnetism to give uninitiated viewers some sense of what he might have meant to his enduring, adoring cult.”
– Variety