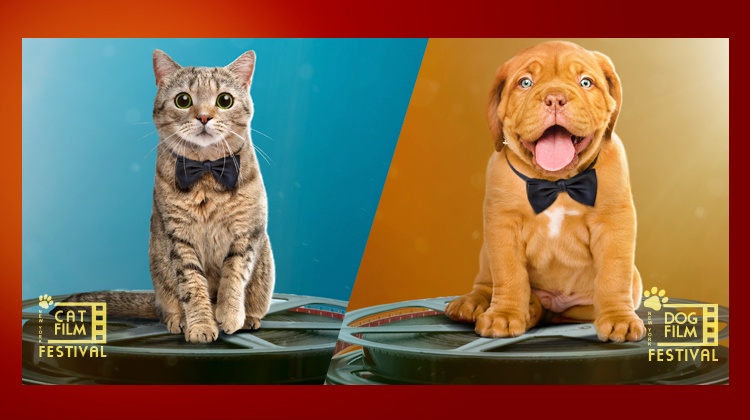 Join Us this President’s Day Holiday Weekend!
A collection of short films celebrating our feline and canine companions!

All Dogs and Cats Welcome! 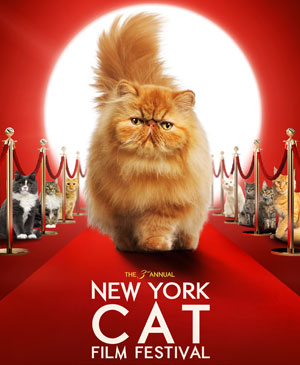 *** A portion of the proceeds will benefit the GIVE ME SHELTER CAT RESCUE in San Francisco! ***

The Cat Film Festival™ is a collection of short films that celebrate the human-animal bond. These educational, inspirational short movies of every type are edited together into one delightful, unforgettable experience for everyone in the family.

CATS CRADLE (12:00)
Jonathan Napolitano’s documentary about a retired couple who transformed their farmhouse into a hospice and senior living facility for cats.

BHUVANA & ABHISHEK (8:00)
Mutual Rescue’s real story of a couple whose marriage was in trouble- and was saved by their mutual love of a cat.

CATCHA CAT (3:00)
Blake Stowe’s funny story of two escape-artist cats and their owner who tries to catch them.

TEAM MeowSA (3:00)
Diana Lee Woody’s mockumentary about “a fiercely dedicated cat-athlete who made her Olympic debut in the 2018 Pyeongmeow Olympics.”

CATS MY LIFE (8:00)
Alice Obar’s documentary about the life of a cat rescuer, surrounded by her “children,” the stray kitties she has saved.

FURBALL (6:00)
Jason Rogerson’s imagining of how far a demanding cat will go to get his person’s attention.

9 LIVES – TALES FROM THE CAT SHOW Anicia’s story (4:00)
Alyssa Pinter’s look inside the life of an autistic young lady whose life has been transformed by going to cat shows.

FELINE PARALYSIS (5:00)
Annie Laurie Medonis’s mockumentary on “feline paralysis,” the condition in which a person is unable to move due to the presence of a cat on one’s lap.

[There is no nudity, sexual reference, vulgar language or physical or verbal abuse between people – and no animals were harmed – in these films. Any tears you might shed would be tears of joy for happy endings. The films can be watched by all members of the family, but is intended for adults and more mature children.)

*** A portion of the proceeds will benefit GIVE ME SHELTER CAT RESCUE in San Francisco! ***

Give Me Shelter’s Mission

Every day adult and senior cats with treatable medical and behavior conditions are euthanized. GIVE ME SHELTER’s goal is to rescue these cats and place them into loving permanent homes.

About Give Me Shelter

Founded in 2003 by Lana Bajsel, Give Me Shelter Cat Rescue (a registered 501(C)3 non-profit organization), has worked tirelessly within the San Francisco community to help stop the overpopulation of abandoned and unwanted adult and senior cats.

As a small group of dedicated volunteers, we try to save as many feline lives as we can. We provide behavioral and medical intervention, unconditional love and a safe haven while we seek new forever homes for our feline friends

As many of you know, the odds are stacked against older cats that are placed in local shelters. Here in San Francisco, most adult cats are at risk of being euthanized, whether it is due to their age, easily treatable medical conditions, or due to the stress of being placed in a shelter. We believe that adult and senior cats, with their typically calm personalities, can make the best of family pets. Our mission is to rescue these cats and find them loving, permanent homes through fostering and active adoption strategies.

Every time you adopt a cat from us, you allow us to save another cat that would have otherwise died. We receive new cats into our system almost every week. Our website is constantly being updated, so please check back often! 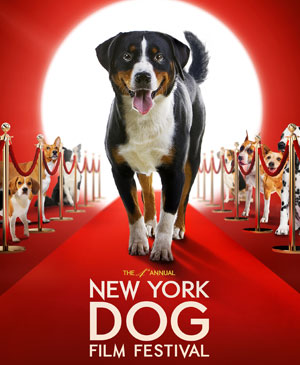 *** A portion of the proceeds will benefit Muttville Senior Dog Rescue in San Francisco! ***

The Dog Film Festival™ is an annual celebration of the love between dogs and their people through short films from around the world that inspire, educate and entertain. With a New York City premiere of new dog-themed films every December, the double-feature of animated, documentary and narrative short films spreads the love traveling across the United States, benefiting local animal welfare groups that bring people and pets together.

NO HOME WITHOUT YOU – (4 min)
Amy Rivard’s “visual poem” about the unconditional love and magic that dogs bring to our lives.

FINDING SHELTER – (30 min)
Erin Parks’ documentary follows a British family that moves to Bulgaria, where they are so moved by the plight of homeless dogs and cats that they open the first (and therefore controversial) local animal shelter and adopt out dogs internationally.

DOGS PLAYING FOR LIFE: THE PLAYGROUP CHANGE
(4 min) – Tucker Eurman shows the mutual transformation of shelter dogs and their handlers when Dogs Playing for Life liberates the dogs from their cages into outdoor playgroups.

IT TAKES AN ISLAND: SAVING THE ARUBA CUNUCU STREET DOG
(15 min) – Michael Bulda’s documentary about the determined volunteers working against difficult odds on behalf of the unfortunate street dogs trying to survive on this otherwise beautiful island.

ESCAMOL – (4 min)
Silvia Santoyo’s narrative from the point of view of Escamol, a rescued dog who feels left out when his adopter brings home more dogs.

FROM SHELTER TO MOUNTAINS – (1 min)
Evan Curtis shows us the life change for a shelter dog who gets adopted into an idyllic outdoor life.

Program subject to change without notice.

[There is no nudity, sexual reference, vulgar language or physical or verbal abuse between people – and no animals were harmed – in these films. Any tears you might shed would be tears of joy for happy endings. The films can be watched by all members of the family, but intended for adults and more mature children.]

*** A portion of the proceeds will benefit Muttville Senior Dog Rescue in San Francisco! ***

Muttville’s mission is to give senior dogs a second chance at life. We rescue them, give them the care they need, find them loving homes, and spread the word about how WONDERFUL they are!

Muttville was founded in 2007 by Sherri Franklin, a longtime animal advocate and rescue worker. Working from her house, Sherri rescued 27 dogs that year. Since then, Muttville has grown into a nationally recognized organization that rescues approximately 1000 dogs a year. (And it finally, in 2012, moved out of her house!)

Muttville has been recognized for its groundbreaking approach to animal rescue. Our cage-free facility, our focus on foster, our on-site veterinary suite, and our hospice program are innovations that have been lauded and emulated around the country.

With a small paid staff, Muttville exists through the hard work of hundreds of volunteers who assist in everything from transport to medical exams to administration. Youth groups, senior groups, and corporate groups consider Muttville a favorite.

Muttville was named “San Francisco’s Favorite Charity” by 7X7 magazine and has won numerous “Beast of the Bay Awards” including best rescue organization and best animal cause. In 2011 the Mayor of San Francisco declared May 10 “Muttville Senior Dog Rescue Day.” In 2012, the The Bay Area Chapter of the American Red Cross chose Muttville as one of eight recipients of its 2012 San Francisco Heroes Award.

Muttville is a 501(c)(3) nonprofit organization and has received the highest ratings from both Guidestar and Charity Navigator, the leading nonprofit watchdog organizations.