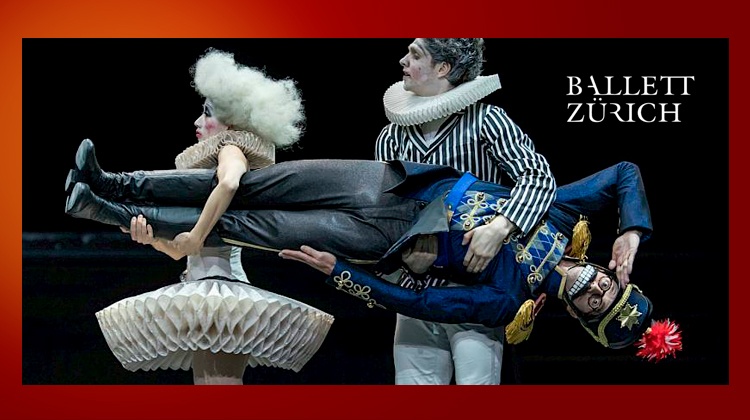 Purchase tickets below or at Box Office.

Ballet Zurich’s The Nutcracker and the Mouse King

Ballet Zurich’s The Nutcracker and the Mouse King 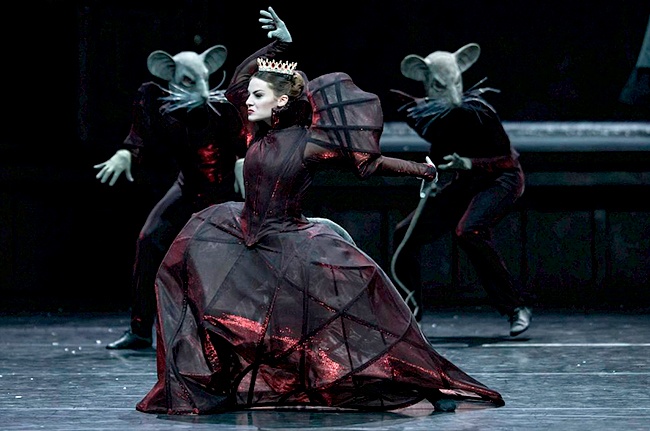 Anyone who thinks of Piotr Tchaikovsky’s ballet music for The Nutcracker will immediately hear the magical sound of the celesta that accompanies the famous dance of the sugar plum fairy, and will think of a splendidly decorated Christmas room, dancing snowflakes and the waltz of the flowers. Because of Tchaikovsky’s imaginative music, the Nutcracker is one of the most popular works of the ballet repertoire. Behind the catchy melodies is the story of the girl Marie, who – under the spell of Christmas present-giving – works herself up into an eerie, feverish dream during which toy figures and sweets come to life and a victorious wooden nutcracker emerges as Marie’s Prince Charming in the end.

The plot of The Nutcracker is based on a novella by E.T.A. Hoffmann, one of the most famous writers of German Romanticism. Hoffmann’s masterful fairytale virtuously jumps back and forth from a dream to reality and interlaces many narrative levels. In its adaptation as a ballet libretto by Alexandre Dumas and Marius Petipa, it lost much of its dark romantic fantasy. The second act of the ballet, for example, consists only of a divertissement that has almost no plot, featuring a colorful sequence of dances and stage effects.

The German choreographer Christian Spuck attempts to distance himself from the Dumas/Petipas version and puts the literary origin at the heart of his ballet. Christian Spuck is more interested in the fantastical nature of the original than in the delightful Christmas fairytale. Therefore, he brings back the fairytale of the princess Pirlipat, who turns into a nut monster, to the storyline as it was told as a back story to The Nutcracker in E.T.A.

In Rufus Didwiszus’ stage setting, the workshop of the godfather Drosselmeier turns into an old revue-theater, where the characters of the ballet come to life. Spucks’ choreography plays with the richness of characters in E.T.A. Hoffmann’s narrative cosmos, the absurdity and overwrought humor that inhabit them. But he also looks down into the dark abyss of Romanticism.

Ballett Zürich is Switzerland’s largest professional ballet company. The ensemble is in residence at the Opernhaus Zürich, where the 36 dancers in the company perform a significant portion of the Opernhaus program. They have also made a name for themselves at international guest performances, including celebrated appearances in Russia, Israel, Mexico, Columbia, Spain, Germany, and at the Edinburgh Festival in Scotland.

Christian Spuck has been the Artistic Director of Ballett Zürich since the 2012/13 season. The company has maintained its established ensemble tradition under his direction, while simultaneously setting new artistic goals. Spuck has made certain the entire stylistic range of ballet as an art form is on display in Zurich, and to that end, premiering new works has played a vital role for the company. Wayne McGregor, Edward Clug, Marco Goecke, Douglas Lee, and Filipe Portugal have all created pieces for the company. As a choreographer, Christian Spuck not only explores new avenues for full-length narrative ballet, but he also devotes himself to cross-genre forms of expression. A prime example of this is the Oper and Ballett Zürich co-production of Verdi’s «Requiem». Ballett Zürich repertoire’s stylistic diversity, which features classical repertoire and modern dance, is evidenced by the many internationally renowned choreographers that have choreographed for the company, including William Forsythe, Sol León/Paul Lightfoot, Douglas Lee, Martin Schläpfer, Jiří Kylián, Wayne McGregor, Marco Goecke, Edward Clug, Mats Ek, and Crystal Pite. As of the 2023/24 season, Cathy Marston will be the new director of Ballett Zürich.